TECHNO FROM A TOBACCO TIN

Most people are too young to remember those old evocatively decorated tins that used to hold tobacco, foodstuffs and other consumer goods, as they were at their peak in the first half of the 20th century. However, in what must be one of the most original examples of repurposing, these vintage items are being used by a Rapid customer as enclosures for bespoke audio effects devices.

James Radford is a Swansea-based musician and producer who specialises in techno and acid house music, and under the name of Swarm Audio designs, builds and sells a wide range of products. These include distortion effects, studio solutions and sound modules such as sirens, oscillators, theremin modules, filters and ring modulators.

If your formative years were in the late 1980s or 1990s or you have ever been to a rave the sounds these devices make will be immediately recognisable to you! Low pass filters are common in electronic music, accentuating and giving dynamism to repetitive basslines by removing upper harmonics from the sound. Low frequency oscillators modulate aspects of the sound of synthesizers such as pitch, filters and pulse width, and help create the archetypal 'pulse' of acid house and techno music.

Ring modulators are best known as the effect used for the voice of the Daleks in 'Doctor Who', and have a wide range of audio applications. They are built in a traditional way using diodes and transformers, and work by feeding two signals through a ring of diodes which removes either positive or negative parts of the waves. Splitters are sequencing tools which allow more devices to be run off the same MIDI port, while theremins are fascinating things. There is no physical interaction between player and instrument, the eerie sounds being produced by an electronic signal sensing the position of the player's hands, with one determining the frequency and the other the amplitude.

Sirens have become the most popular of James's products, with a number of units 'bleeping' their way around the world from Bristol to Qatar. As James explains: 'Dub sirens were originally used by dub/reggae/roots DJs back in the days of the early Jamaican sound systems to fill the gaps between records, and they have become a standard item in the modern dub DJ's kit. They are relatively simple circuits consisting of two oscillators, one for the tone and another at low frequency to control the pitch of the first, a few potentiometers to control the frequencies and there's your siren.'

'The theremin was just a bit of fun really, playing around with a 555 timer oscillator and a couple of photocells to control pitch and volume. It is more of a toy than a serious instrument, but its still possible to get some pretty convincing 50s style sci-fi warbles going on!'

So where did James get the idea for using vintage tins as enclosures? 'Initially it was born out of necessity', he says. 'I was playing around with a distortion circuit for my own studio and needed something to put it in. The only thing I had available was an old wooden cigar box, so I superglued the board and battery clips inside and mounted a couple of controls and jack sockets on the lid. It wasn't perfect, but it did the job, and actually had a charm to it that I really liked. Apparently other people liked it too!'

James found it was a practical and cost effective way of housing the devices, and the tins themselves are ideal enclosures. 'For disposable containers they were incredibly well constructed and interesting to work with. Drilling and mounting is fairly easy but each one is different, requiring a specific approach, which keeps the work interesting for me and my clients.' James sources the tins and boxes from car boot sales, charity shops and of course eBay.

As well as vintage brands of cigarettes and tobacco such as Gold Block, Nosegay and St Bruno Flake, some of the other tins originally housed Boots glycerine thymal pastilles, Oxo cubes and Nu Nile hair oil. Customers will also sometimes provide their own containers for more personalised custom builds. Not only do they make for distinctive accessories in a DJ's kit but immediately solve any product naming dilemmas that might otherwise arise!

James has a loyal following of fans and customers, who love the design and performance of his devices. He keeps them happy with a regular stream of new builds and cases, each one built by hand to order.


While we cannot help with the tins, Rapid is delighted to supply James with many of the components he needs. 'I use Rapid for all the basics like resistors, capacitors, diodes and many of the ICs: 555 timers and logic chips for oscillators, op-amps for filters and overdrive circuits; and also Rapid is a great source for potentiometers, switches and other hardware such as knobs, sockets and fixings, which are great quality, great looking and at a great price!'

James has many reasons for buying from Rapid. 'It's great to be able to get all the bulk stuff I need from the one place, at a decent price and to my door reliably... well, Rapidly! The website is also a breeze to navigate, compared to those of other component suppliers. There are also some items that I've not found anywhere else for anywhere near as good a price that are essential to my builds ... self-adhesive PCB clips, for example, which allow me to house circuits in my old tins without having to drill and bolt through the metal. I like to try to keep the enclosures as undamaged as possible!' 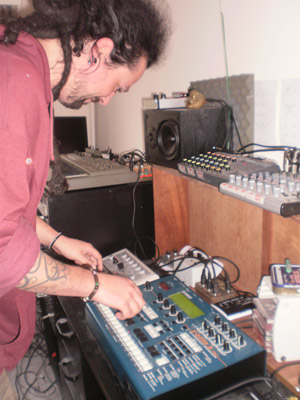 James Radford at work in his studio 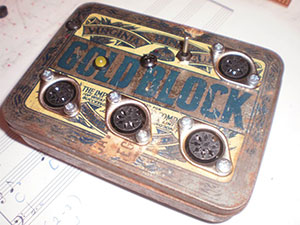 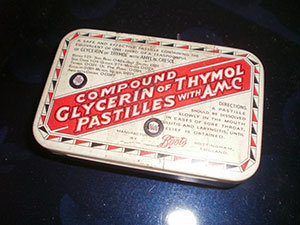 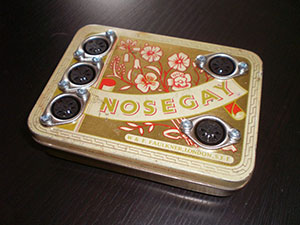 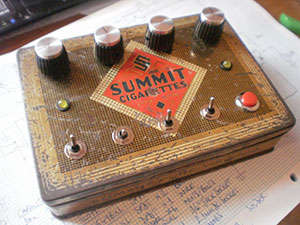