Dedicated to “helping you make it”

At Rapid we have been helping people to create great careers for themselves since 1979. We are a growing company with the opportunity for you to make a difference,  and we are ready to reward you for your achievements.

Our working environment rewards people who bring innovation and creativity to their roles, work well with others inside and outside of the organisation and are committed to delivering the highest quality service to our customers. We expect you to embrace our Core Values - having a great attitude, being successful, acting in a professional way and adopting a ‘be better’ mindset. You will benefit from a culture of ongoing professional development with all the advantages of a dynamic, successful organisation. Hear some of our staff’s views on what they enjoy about working for Rapid.

Rapid is an Equal Opportunities employer.

How to find us

To find out more click on a vacancy listing:

Get job alerts from Rapid

We have an excellent opportunity for an ambitious HR professional who is looking to build on their experience to date working as part of a talented, evolving HR team.

You are likely to already have HR Business Partner experience and are now looking for an opportunity to work more strategically, or you may already operate at a BP level but looking for a new challenge to create your legacy. We need you to have specific expertise in resourcing and learning and development.

We are seeking a Credit Controller to join our Finance team. In this role you will be responsible for accurately processing all sales ledger transactions on to the company’s ERP system. There will be an element of internal and external communication dealing with various queries on a day to day basis. Strong verbal written and numerical skills are essential for this role. Computer literacy, accuracy and analytical skills are also required.

The Industry Business Development Executive (BDE) is an astute and conscientious person who works with care and pride. A passion to learn about the requirements of our Original Equipment Manufacturing (OEM) and Production Manufacturing (PM) customers and the overall Industrial marketplace will be critical, as is an underlying interest in the technologies that will inspire the UK’s manufacturing market.

The Education Business Development Executive (BDE) is an astute and conscientious person who works with care and pride. A passion to learn about the requirements of our High education customers, such as Universities, Colleges and research organisations.

The Customer Experience Advisor is responsible for managing excellent communication and interaction between the customer and the company, providing a high quality of customer service which increases the company’s reputation leading to increased sales. Acting on the insights gained from customer feedback allows us to continue offering our customers an unparalleled service.

With a range of duties that include processing orders, handling enquiries via incoming calls, updating customer accounts and dealing with correspondence, the Customer Experience Advisor is the front line for customer interaction with Rapid.

The Sales Delivery Executive (SDE) is a confident and effective communicator; driven by building lasting customer relationships, are focused on providing excellent support to exceed our customers’ expectations and a desire to succeed. Accuracy, attention to detail and the ability to work as part of a team across multiple sectors will be critical, as is the drive to improve sales performance.

Our Warehouse Employees are crucial team players in ensuring that we deliver against our promises to our customers. This role will be picking and packing orders with the number one priority of ensuring all orders are despatched effectively and efficiently each day.

You will also be responsible for replenishing bins when new stock arrives, using manual handling equipment as required, whilst adhering to FIFO (First in First Out) requirements for picking and storing stock.

What are our core values?

• Bring energy to the team every day

• Motivate and inspire others with a positive outlook

• Address problems in a positive way

• Prioritise own workload and be proactive in the pursuit of goals

• Accountable for own performance delivering business goals over personal gain

• Always set expectations and dependencies and deliver to them

• Contribute to the success of Continuous Improvement (CI) initiatives

• Maintain a work/life balance and not be easily distracted

• Always punctual with a professional approach

• Dependable due to reliability, flexibility and integrity

• Exceed both customer and colleagues’ expectations

• Take pride in sharing your, or Rapid's success externally

• Confident and can articulate strengths and development areas

Here's what some of our team members have to say about working for Rapid...

“I've been working at Rapid for six months and enjoy my work very much. The environment is fast paced, friendly and supportive with opportunities to progress in both the warehouse and sales/support departments” – Steve Short, Warehouse

“Defining Rapid in one word is Teamwork. If it wasn't for the hardworking and efficient colleagues around me then working at Rapid wouldn't be such the pleasure it is! With the determination and support from all employees Rapid wouldn't function at its best.

Having worked at Rapid for nearly 10 years I have seen many changes, but there's one thing for sure, Rapid will continue to strive to do its best!” - Amie Davies, Inbound Sales

Getting to know Rapid's "Core Values" 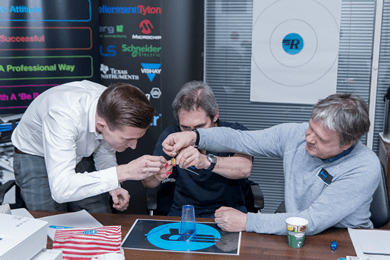 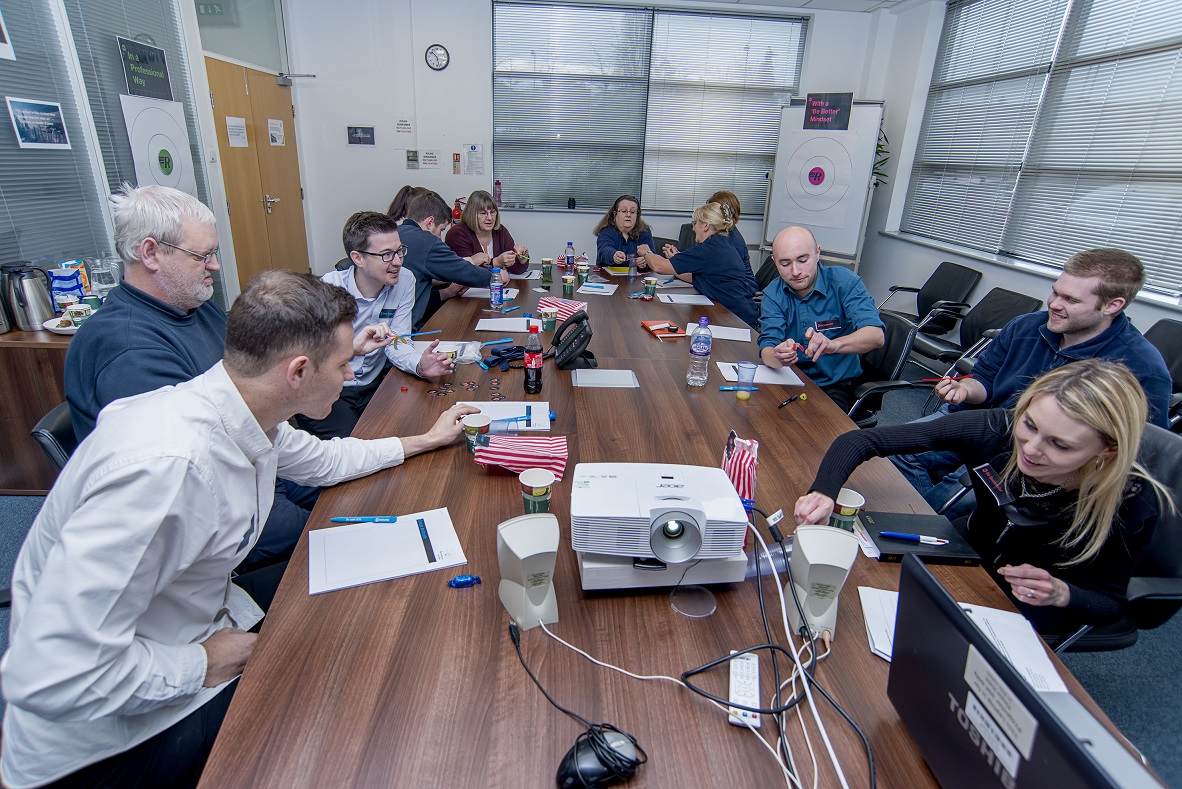 Teamwork. Enjoyment. Motivation. Positivity. Just some of the feedback from Rapid's staff who took part in a series of Core Values workshops during the autumn.

The workshops were organised to give employees a greater understanding and appreciation of the company's Core Values - "Great attitude", "Be successful", "In a professional way" and "With a 'Be Better' Mindset" - which were launched earlier in 2017. Each session saw around 12 members of staff from different departments participating in a series of collaborative exercises, with the emphasis very much on fun, teamwork and getting to know each other more.

Staff explored the ideas underlying each of the Core Values, how the attitudes and behaviours could be incorporated into their everyday working lives and how the values shape company culture. Staff were asked to leave feedback on the sessions and their comments reveal how enjoyable and beneficial they found them to be. Aside from a polite 'hello' or 'goodbye', many employees may never have previously spoken to the colleagues they worked with during their session. But they left saying things like "We are not little teams but one big team", "Now I understand what core values mean."

If there were sweets and biscuits involved then they played a useful role!

Denise Bird, Rapid's HR manager and Core Values co-ordinator, said: "I have thoroughly enjoyed these workshops over the past four weeks. It was great to see people from different areas interacting together and getting to know each other better, sharing ideas and discussing what Core Values mean to them."

The Core Values programme will be developed further in 2020. For more information about Rapid's Core Values see the section above.