SHAPING THE FUTURE OF SUPERCAPACITORS

Ever thought of having a vintage multimeter on your mantelpiece, which provides the time rather than a voltage reading? Or a beautifully made clock containing nixie tubes?

So what are nixie tubes? Even though the name may not be familiar, you will probably recognise their distinctive display format. They are glass vacuum-like bulbs containing a neon gas and ten wire cathodes in the shape of numerals sitting beside an Anode mesh. When power is applied to one of the cathodes, the gas around them becomes ionized and glows. Nixie tubes continued to be used as standard display components in Russia and Eastern Europe until the 1990s. While no longer in production, there are still some small stocks left. Paul sources most of his nixie tubes from Eastern Europe and many of the other components from Rapid.

David Edgar is an inventor and consultant engineer whose latest enterprise exploits the unique properties of graphene, the conductive 2D material championed as one of the most versatile new substances in electronics.

Graphene was first isolated by Manchester researchers in 2004. David formed Graphenex UK in 2013 in order to research and develop a reliable storage medium for renewable energy sources such as wind and solar power. There were three main issues that have guided the project: 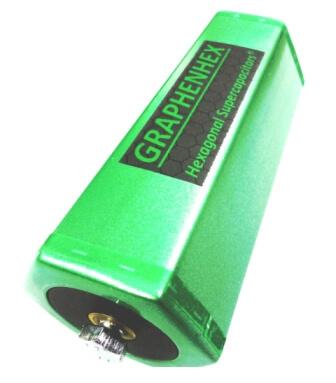 Firstly, supercapacitors were chosen over chemical systems because of their sustainability, power density, physical characteristics and superior storage capacity. "Supercapacitors can provide a very reliable and efficient means of rapidly storing and releasing electrical energy", David told us. "Chemical batteries tend to be heavy, have long charging times, diminishing storage capacity and the inability to sustain large repeatable discharge currents. They also suffer from reduced energy capacity when subjected to lower temperatures, require ventilation and are unkind to the environment."

Next, graphene was seen as an ideal material, not only to be used as a supercapacitor but for the specific application for which David was designing. The capacitance of a supercapacitor is dictated by the distance between the two conductive layers and the surface area of the supercapacitor's porous material. Because graphene is carbon-based with a unique two-dimensional atomic structure and large surface area, it is particularly suited to being used as a supercapacitor. "Graphene is also capable of capturing the many short bursts of solar energy which typically occur on days of intermittent cloud cover". According to David "current battery technology cannot harvest this lost energy".

The hexagonal shape of Graphenhex supercapacitors is no cosmetic coincidence. The evidence of history tells us that the hexagon is one of science and nature's most efficient, strongest and reliable structures. Each unit interlocks perfectly in an infinitely repeatable pattern, which in a dense cellular structure is highly resistant to stress. Bees construct their hives in honeycomb shapes, and the basic atomic structure of graphene itself is one of tightly packed cells on a hexagonal lattice substrate. Graphenhex supercapacitors can be packaged in a honeycomb configuration, significantly reducing on storage space.

The shape of things to come

The final product ticks many boxes: according to David it meets environmental standards, can be stored anywhere in any orientation, is fully charged in minutes rather than hours and provides very large discharge currents without sustaining damage. With a discharge life of over 500,000 cycles, the GHS will be able to operate at minus 40°C, runs at low temperature and has a simple charging method. David sees his product as slotting in to a grid-less future when consumers will produce their own electricity through microgeneration systems. It is hoped that the GHS will provide users with reserves of power during periods of downtime and unsuitable weather conditions.

David has also found a use for the GHS in a parallel invention which puts an end to the problem of the flat car battery. The Hex Cap Booster utilises GHS so that whenever a button is pressed on the host car's dashboard, the alternative energy system is recharged, providing a form of booster energy for flat car batteries without the driver having to leave their seat.

David has been purchasing components and materials from Rapid since 2010, and we are delighted to be helping with this initiative.

"We selected Rapid because, as the name suggests, they rapidly supply a diverse range of components which feature in our experimental test rigs, the likes of which are used to extract our own pristine graphene from imported graphite." 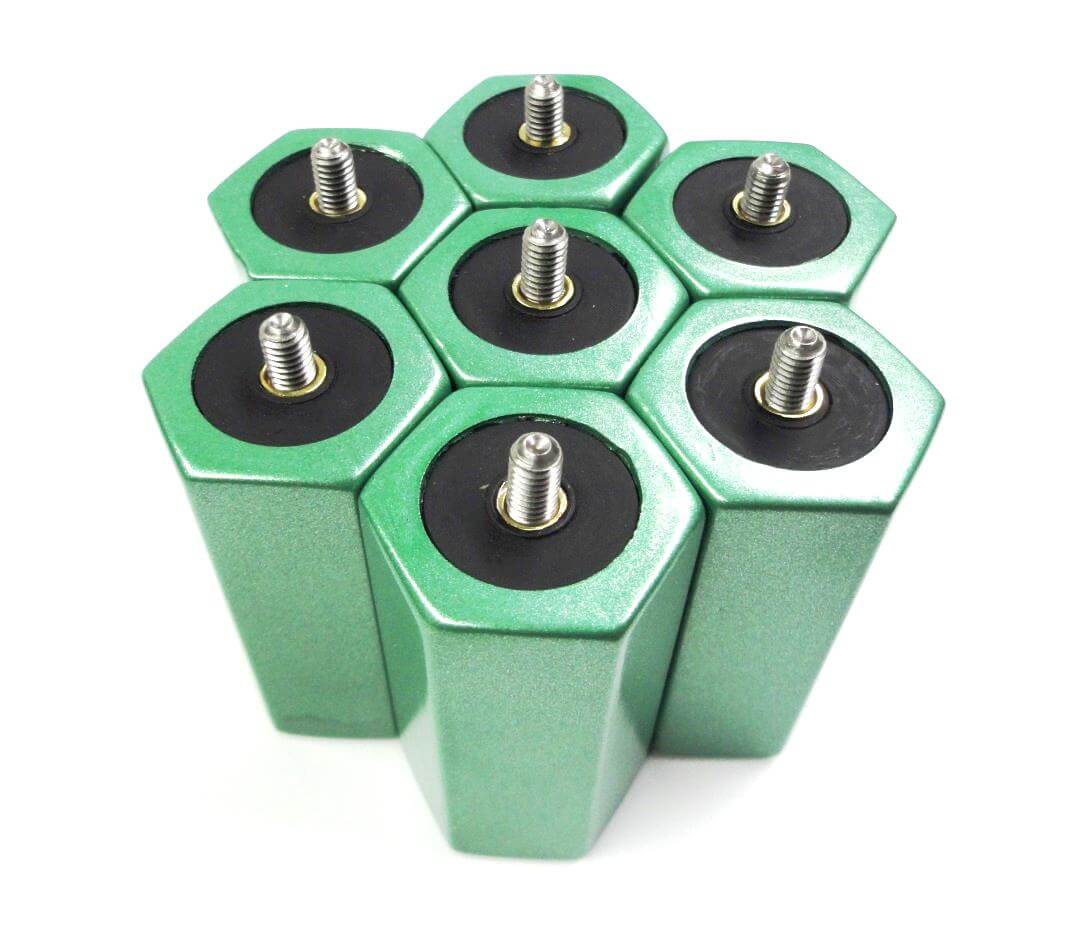