Most men have a shed, but not like Sam Lanyon's.

Behind the doors of a workshop in Falmouth he creates weird and wonderful interactive objects, all stunning to look at and even more interesting to operate. Among Sam and his company's creations are the AutoWed machine, which performs fun (if not entirely legitimate) marriage ceremonies for a pound and has been described as 'part parking meter, part Cadillac, part cathedral'. He has also received numerous commissions from museums and schools for interactive installations.

Concept Shed, the company he formed in 2006 after training as an engineer, buys many of its components and parts from Rapid. A typical order includes everything from switches to syringes, sound modules to sleeving. 'I buy from Rapid because you only sell the useful things, and it is actually possible to find what you want,' Sam says. 'It is great to be able to search by part number online, which is impossible on some other suppliers' websites. Certain parts, like the illuminated vandal proof switches we buy, I can't get anywhere else'.

If ever there was a born inventor, it is Sam. 'I grew up without mains electricity and was home schooled, so spent my time pulling electronics apart and building things.' The things he and his team now build range from audio armchairs to educational exhibits for the RSPB and the NHS. Their latest is a coin-operated signage automata for the Tullie House museum in Carlisle. Suspended in the atrium, the 'Flying Reiver' directs visitors to various parts of the museum but it is a work worthy of a visit in itself.

With this machine, I thee wed

It seems the only limits to the company's invention are their own imaginations. Bouncing oddball ideas around is second nature to inventors, but Concept Shed is brilliant at turning them into reality.

That is certainly the case with the AutoWed machine. 'It all started off as a bit of a joke but has really taken off,' says Sam. Perhaps this is because it is so well made. With shocking pink exterior, brushed aluminium features, retro button keys and token Christian icon, it would not look out of place in an all-American diner or Las Vegas wedding parlour. Part of the attraction is the knowing humour about it – the machine plays a wedding march, dispenses the rings in a sweet capsule and prints a marriage receipt, as well as the option of a 10% discount on an 'auto divorce'. It certainly brings a new meaning to the 'marriage of convenience'.

The first AutoWed was sold to an American museum of kitsch machinery, but viral internet coverage has sparked worldwide interest in the product. 'We have masses of interest from people wanting them in around 30 countries,' says Sam. 'We are looking to licence the machine to a manufacturer, but in the mean time have been redesigning parts of it, and the next version will be out at the end of March 2012.' Russia was an unexpected source of potential orders, but as Sam explains they did not quite get the joke. 'The media over there somehow thought the "wedding" would be legally binding and could therefore cut out the mountains of red tape couples have to wade through when getting married!'

Each Concept Shed creation is a testament to the skills of the company's five-strong team of engineers, programmers, artists and designers. The AutoWed was three months in development – longer than some marriages – includes more than 300 bespoke parts and is programmed with over 1,500 lines of code. Expect to see one in a bar near you soon.

Keeping things fun seems to be the secret of the company's success, so which of their projects have been the most enjoyable? 'Probably the gin and tonic tide machine – no not for the obvious reason, but because it was our own project. We only had a week and a half to come up with the idea, build it and install it, but we knew if it didn't happen, it wouldn't be the end of the world.' 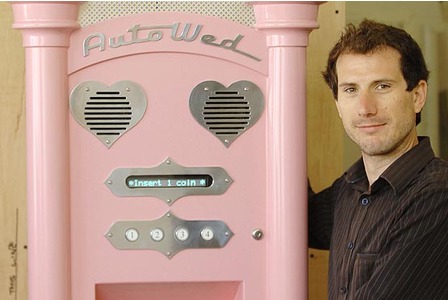 Sam Lanyon with the AutoWed 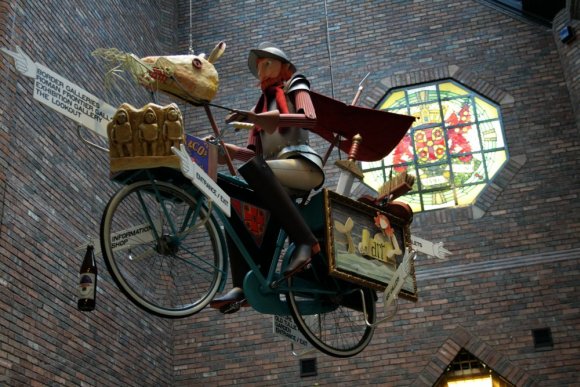 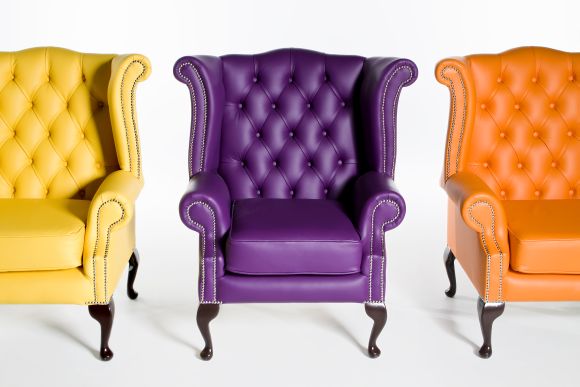