Take your PIC of Pete's projects

Pete Griffiths is well known in the electronics world as the man behind Picprojects, the website on which he shares microcontroller projects, programs and circuits and sells kits based on those projects. Many have been featured in Electronics Weekly's much loved ‘Gadget Freak' series, such as the Gantry Race starting lights using a 52mm Kingbright LED cluster, RGB mood light and 5 x 5 x 5 LED cube. Pete compiles a complete list of part numbers for each project, and Rapid is one of his favourite sources of components. In fact the components for many projects are sourced entirely from Rapid.

Pete's inspiration stems from his childhood. “I had an interest in electronics from my early teens, starting with a Philips X40 electronic kit. In about 1980 Practical Electronics magazine published a project to build a 6502 based computer, the Compukit UK101. I saved up for six months and finally got one, and still have it!” Pete spent the next few years teaching himself to program in ‘assembler' and building his own single board computers, EEPROM programmers and emulators. During the 1980s he was working in the IT industry and his interest in microcomputers had taken a back seat.

Fast forward to 2004 and Pete found his passion rekindled after coming across some information on Microchip PIC microcontrollers on the internet. “It took me right back to my teens and somehow it just clicked. I now had enough money to buy components and hardware, and manufacturer-supplied free assemblers and IDEs, datasheets and appnotes were just a click away. But while there were lots of sites with projects involving a PIC microcontroller, many lacked key information, in particular source code.”

Initially working in some personal web space, Pete acquired the picprojects.org domain in 2006 and added an ecommerce facility in 2009. “The projects that get published on the site are ones that I think will be of interest or use to others and I put more time into developing these projects and writing them up. I try to provide as much information as possible to help people successfully build them, and include PCB artwork, schematics and source code and part lists. The decision to produce PCBs proved a successful one and Pete now offers for sale a range of pre-made PCBs for projects like the RGB mood light and LED cube.

“The big risk for me was that since everything needed to build the projects was already free would enough people want to buy kits? As it turns out this has worked quite well. I sell enough kits to make it viable while not getting so busy that it would become a full-time job.”

His website, he says, “is here for all those people today who were like me back in the day; hungry for knowledge, keen to learn and enjoy building things and experimenting themselves.” You can see why his site is so popular with designers, hobbyists and electronics students – each project page scrolls and scrolls with tips, step-by-step instructions, snippets of code, schematics, diagrams, photos, video, web screengrabs – anything, in fact, which will help people build and understand the projects.

One also only has to glance at Pete's YouTube channel to see the fanbase he has built; several of his videos have received over 100,000 views, and he is proud that many of his projects have found their way into some interesting end products. His LED chaser projects have been incorporated into automotive lighting and fancy dress costumes, such as a 2,400 LED suit worn at the Burning Man festival in Nevada, while the Gantry Race lighting system has started kart and car races at circuits on both sides of the Atlantic.

So what project has given Pete the most satisfaction?

“The LED Cube project. Elektor magazine ran a feature project for an LED cube which got me interested in building one myself. Since they used a 40 pin AVR chip I decided to do my own for the PIC. The hardware itself is very simple and straightforward but the firmware was much more challenging. It was very interesting developing the code to control it. I went down the route of creating a ‘virtual' drawing processor using a macro instruction set programmed to generate the animation effects. This led me into how micros decode instructions, stack oriented programming and designing a character set. It has proved by far to be the most popular project on the website.” 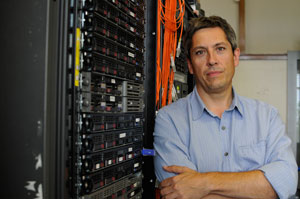 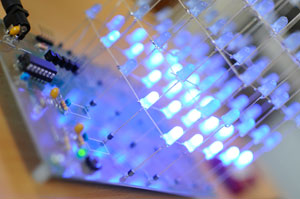 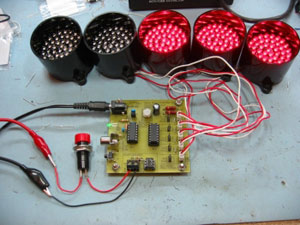 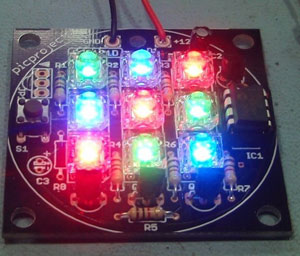 It is good to know that Rapid's wide range of electronic components is so important to the continued success of Picprojects. “I use Rapid because they offer some of the most competitively priced components in the UK with next day availability. It is important for both me and my customers that components going into the kits are sourced from reputable suppliers. I know that I can rely on the quality of Rapid's parts, which is important when they go into kits that are sold worldwide.”