GO AHEAD STEAMPUNK, MAKE MY CLOCK

Ever thought of having a vintage multimeter on your mantelpiece, which provides the time rather than a voltage reading? Or a beautifully made clock containing nixie tubes?

You will find all this and more in Paul Parry's emporium of steampunk & contemporary clocks, which he mostly makes from nixie tubes, the cold cathode components which used to serve as displays in test equipment, industrial machinery, medical and military equipment. Not quite forgotten by electronics veterans, and much-loved for their retro appeal, nixie tubes were ubiquitous in hardware from the 1950s and 1960s but have since been replaced by LCD and OLED display technology. Paul has made them an essential part of his unique creations, which he sells under the name of ‘Bad Dog Designs' to customers throughout the world.

So what are nixie tubes? Even though the name may not be familiar, you will probably recognise their distinctive display format. They are glass vacuum-like bulbs containing a neon gas and ten wire cathodes in the shape of numerals sitting beside an Anode mesh. When power is applied to one of the cathodes, the gas around them becomes ionized and glows. Nixie tubes continued to be used as standard display components in Russia and Eastern Europe until the 1990s. While no longer in production, there are still some small stocks left. Paul sources most of his nixie tubes from Eastern Europe and many of the other components from Rapid. 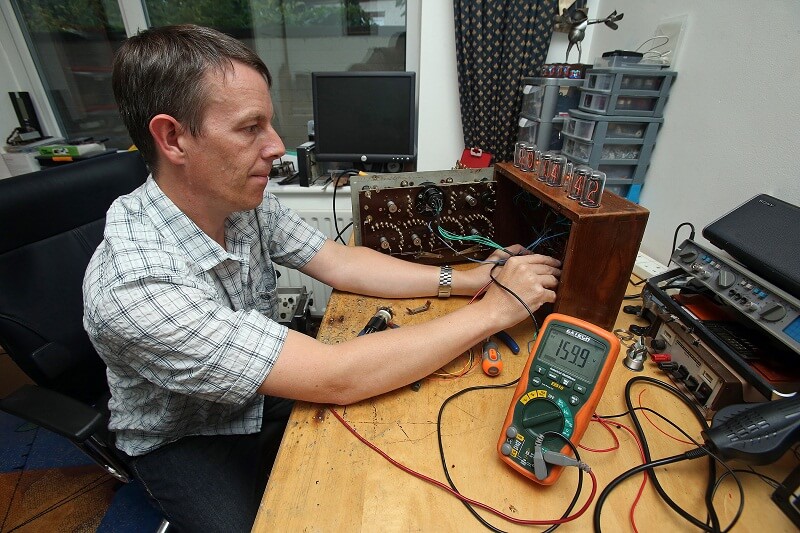 Tinkering with electronics started early for Paul. "I was always into electronics – as a small child I took my toys apart (much to the annoyance of my parents) and I had a wall of black and white TV's in my bedroom aged about 7 that I used to play with. I was always inventing things and taking stuff to pieces!"

Paul, who runs his business at evenings and weekends alongside a full-time job in management in the electronics industry, stumbled across nixie tubes by chance on the internet. 'I then remembered them from my youth. I looked online and everyone seemed to make stock Nixie clock kits, all the same with transparent boxes or plastic casings. I like old electronics and equipment, so thought I would combine the two.' Paul recycles electronic housings from equipment like old oscilloscopes, tube radios and resistor boxes – often wooden but never plastic. He has even made a clock out of a 1960's ECG Cardiograph monitor!

Ian Sherwen, who makes and sells guitar pedals under the name Ghost Effects from his home in Birmingham, is an equally loyal customer of Rapid. He has always used effects pedals but it is only relatively recently that he has become involved in making them.

Ian's are an attractively-designed range of effects with names like 'Lunar Incantation', 'Warmjet V' and 'Silicon Pep Box'. They are usually inspired by vintage boxes which Ian embellishes, for example by adding features such as tone control through output capacitors.

He finds inspiration in 'Steampunk' culture, a fusion between hidden modern electronics and Victorian and Age of Steam-style design. All of his clocks are characterised by a love of old components, materials and meticulous attention to detail, but some stand out for their superior workmanship. One of Paul's most recent creations, the 'Gemini in Tempore' (Latin for 'twins in time'), features brushed brass gears and engraved faceplate, brass finials, a working steam engine and three separate nixie tube displays representing the time in two different time zones and a display of current temperature and humidity. Steampunk in extremis!

For someone who only started making the clocks at the beginning of 2014, Paul has already amassed a large catalogue of products. He has been commissioned to make timepieces for specific customers, such as the Gemini clock for a dental practice in Singapore, and received enquiries from the Dr Who fanclub, employees of Disney and Apple and Steampunk fans. Clocks can take anything from a few evenings to three months to finish. There may come a time when Paul can give up the day job, especially if the enquiries keep flooding in at their current rate.

So why does Paul source most of the components involved in the clocks from Rapid?

"I had heard good things about Rapid from colleagues, and as I needed switches, wire and LED's when I started on my clocks I thought I would use Rapid myself. I was amazed at the range available, and now I only use Rapid for all my day to day stuff (heatshrink, cable, switches, components, tools, LED's, fixings and hardware) and if someone asks me for something special, there is usually a kit, or something else available you have that I can use."

"There is very little that you don't have in stock – apart from the nixie tubes themselves!"

As there are only so many nixie tubes left in the world, there are only so many clocks to be made. At some point supplies will run out, but until that day Bad Dog Designs is helping to keep the nixie cathode glowing – and who knows, as their rarity increases then the exclusivity of Paul's products could eventually make them priceless! 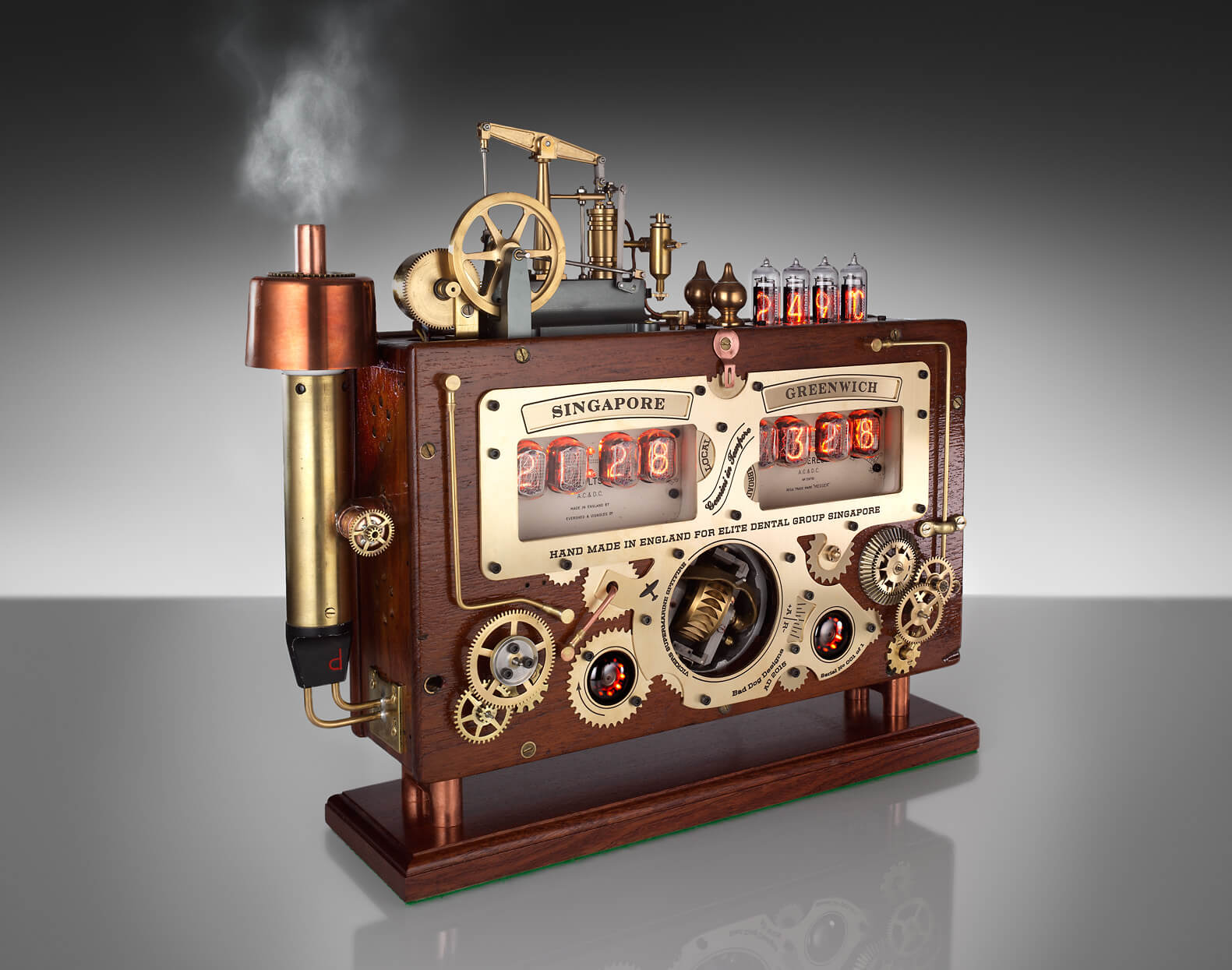 The 'Gemini in Tempore' clock 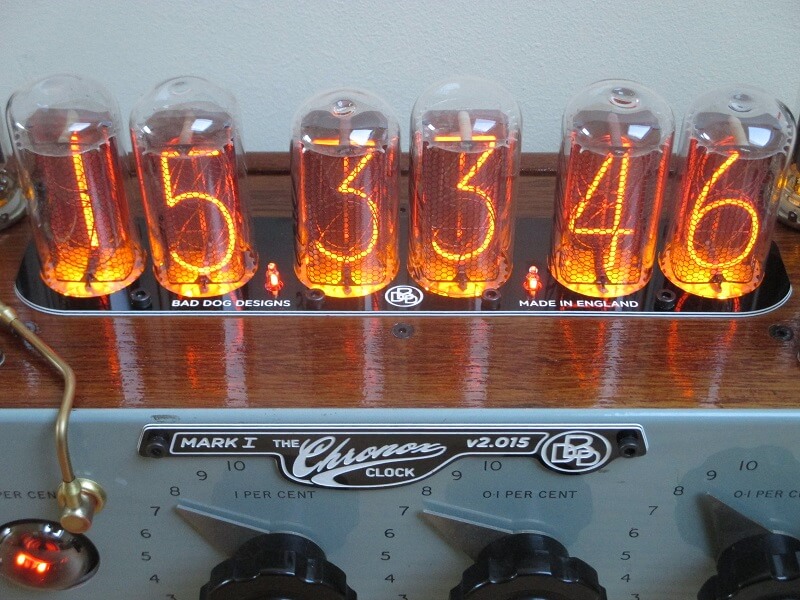