Musician, developer, lecturer, game designer, animator, teacher, hacker (in a good way), author, Matthew C. Applegate is one of those people whose talents defy traditional labels or boundaries. Although 'multidisciplinary artist and techno anthropologist', as he describes himself, goes pretty close. We like to think the 'C' is something related to 'computers' or 'creativity', because if it involves tinkering with code, circuits, components, chips and all things electronic, Matthew does it. In fact he is arguably one of the most innovative figures in the world of educational electronics in the UK today.

Under the name 'Pixelh8' Applegate gained notable success as a maker of 'chiptune' electronic music, winning global interest and critical acclaim for his live performances and recorded works. He has toured and taught widely in organisations, schools and universities. His latest educational initiative is an after-school electronics course for primary and secondary school pupils, The Creative Computing Club. Held in a local library and free to pupils of schools in Suffolk, the workshops which Applegate teaches introduce children to the basics of programming, coding and computer design, using tools like the Arduino prototyping platform and LEGO Mindstorms. Rapid is delighted to be one of the sponsors of the project, which has just finished its first pilot run of sessions and will resume with a full year's worth of courses in September.

The motivation for the project was simple. 'I really enjoy teaching people how to make things, and the 12-16-year-old age range was vital to my development as an artist,' says Matthew, 'so I am truly grateful to be able to give something back to the local community which may in turn benefit others.' The overwhelming success of the Raspberry Pi microcomputer shows there is a real appetite among children to do more with computers than surfing the web and gaming, and the skills learnt are recognised as being valuable for careers in technology and engineering.

The Creative Computing Club has already been a great success and vastly oversubscribed. The children have learnt aspects of coding, processing, robotics, circuit assembly and animation, and were able to design and code their own basic video games. The CCC might seem like quite a simple idea but you get the impression it is something of which, despite all his eclectic achievements, Matthew is incredibly proud. Perhaps it is because others have bought into his ideas so enthusiastically – including Rapid.

Aside from Matthew's own passion and knowledge, the project was made possible by the generous support he received from software companies, retailers, distributors and publishers, who donated equipment and hardware. The resources produced during the course will be made available to teachers and parents to use.

The artist formerly known as ...

This is a new chapter in Matthew's career after many years when his music was his main focus. As Pixelh8 he has won acclaim around the world for his unique brand of electronic 'chip tune' music, created and reprogrammed from the sounds of vintage computers, hardware, electronic toys and video games.

Pixelh8 has released three albums: 'Videogames Ruined My Life', 'The Boy with the Digital Heart' and 'Pixelh8 and the Revolution', as well as an extended piece, 'Obselete?'. Among the machines with which he has 'colloborated' is Colossus, the code-breaking computer used at Bletchley Park during World War II. He has performed live around the world, at festivals and in venues such as The National Museum of Computing, and won commissions from the BBC World Service, Radio 1 and 1Xtra. Radio 1's Huw Stephens is a big fan and he has even played at the Apple offices in California. 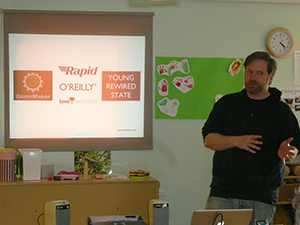 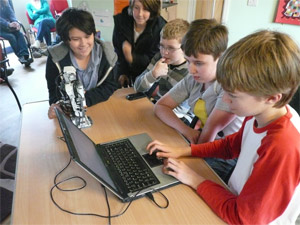 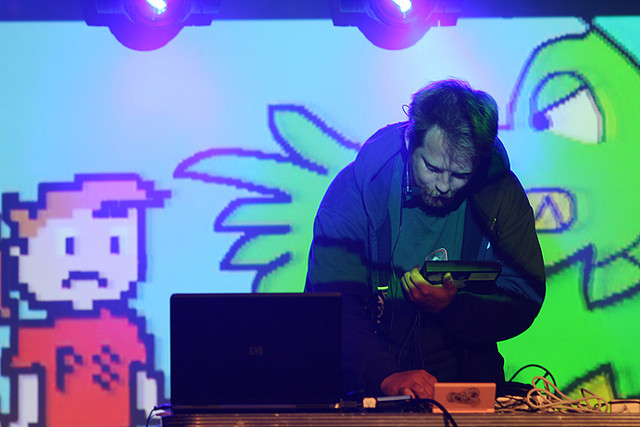 This is a man very much in demand. When not running the CCC Applegate is spreading the gigabyte gospel at lectures and conferences around the country as a STEMNET ambassador. He has most recently run workshops on video game design at the Games Britannia event and the British Museum. His other achievements, in no particular order, include designing a game for the iPhone, being part of the team which won the Honda Hack Day design award 2012, playing a support slot for Grammy nominee Imogen Heap, creating software for Damon Albarn, as well as currently studying for a PhD in 'Educational Music Technology'.

Not bad for a Suffolk lad!