Due to recent global events the UK may experience distribution disruption in the coming weeks. We are working closely with our suppliers to ensure the impact on our stock levels is minimal. Please contact us to discuss your requirements.

The VEX IQ Challenge is a STEM competition for KS2 and KS3 students to test their robot design and programming skills. In the VEX IQ Challenge, students build a robot to solve an engineering challenge that is presented in the form of a game.

The current challenge is called Squared Away which is played on a 1.2 x 2.4m rectangular field configured as seen to the below. Two robots compete in the Teamwork Challenge as an alliance in 60-second teamwork matches, working collaboratively to score points. Teams also compete in the Robot Skills Challenge where one robot takes the field to score as many points as possible. These matches consist of Driver Skills Matches, which will be entirely driver controlled, and Programming Skills Matches, which will be autonomous with limited human interaction.

The object of the game is to attain the highest score by collecting the orange balls and placing them either on or inside the cubes. More points can be scored by placing the red and blue cubes in the correct colour goals, or by placing the green cubes on a platform.

Check out the Squared Away video which explains the basics:

Full rules and details can be downloaded from here.

Chris Calver of VEX Robotics gives his first thoughts on the VEX IQ Squared Away Game:

"These balls look familiar! Looking at the specifications for them, I would say that they are identical to the balls from Bank Shot for these that remember back to the 2015 game. That means that they are lightweight, hard and hollow kind of like a huge ping-pong ball.

There is no limit to the number of balls or cubes that a robot can carry or manipulate at any one time so there is an opportunity for teams to build robots that collect a lot of balls from the field. Because balls can be scored by placing them inside or on top of a cube and cubes can be scored either with or without balls inside or on them, there is a lot of flexibility in the way that teams can score. Also note that two of the green cubes start "upside down" so stacking balls on these will probably need them to be flipped over.

For teams that have competed before, something worth noting is that the dimensional constraints have changed slightly this year. All previous games have allowed the robot to hang over to the outer edge of the field perimeter (20” length) which was basically a legacy rule to make the IQ Clawbot legal for competition. This year you may not overhang the field wall so the robot size limit is now 19” length, 11” wide and 15” high – the Clawbot might need modifying to be legal if you are planning on using that design as a basis to work from. You are also not allowed to expand in height this year so watch these designs and keep within the dimensional constraints."

Get the FREE VIQC Hub App – All your VEX IQ Challenge rules in one place!

The FREE VIQC Hub gives you access to rules and regulations at your fingertips as well as having a utility for quickly adding up scores. Visit the Google Play Store or iTunes Store to download now. 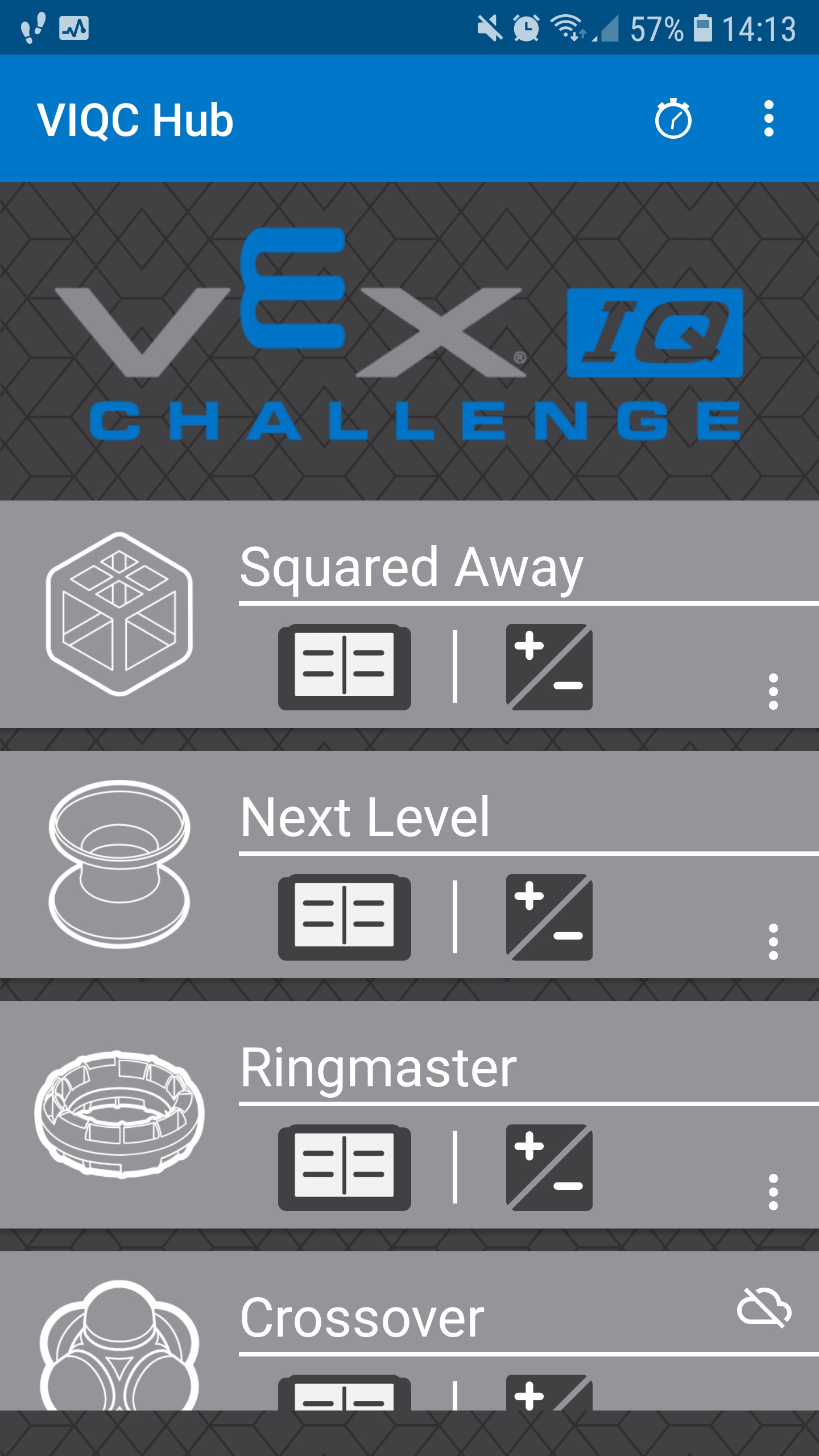 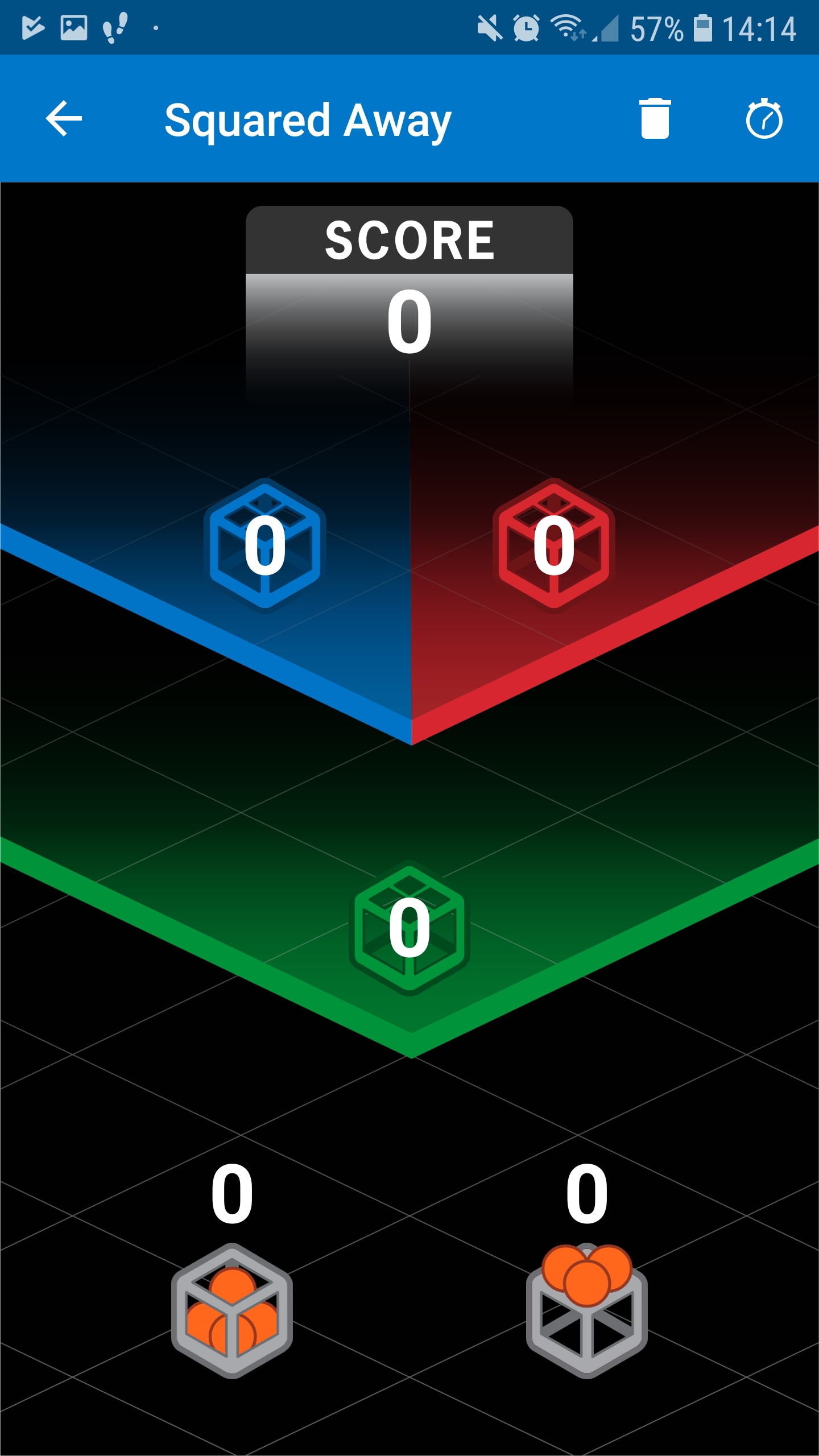 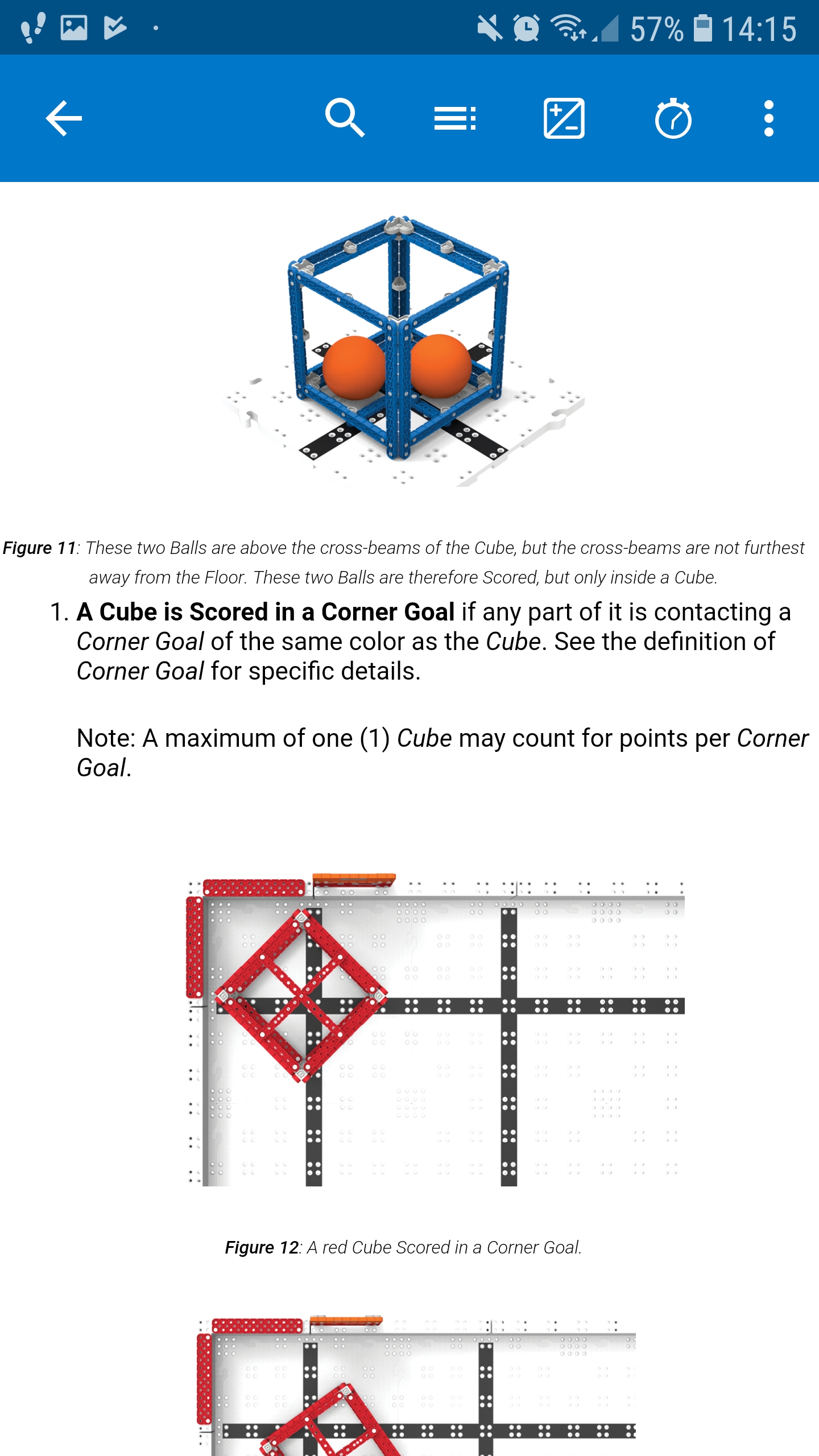 What do you need to take part

Parts are reusable year after year so teams that have taken part before will have almost everything they need. If you need spares or additional parts, these are available from Rapid.

Each year, the new challenge rules will be available from May. Teams can immediately start work on designing, building and testing their robots. Registration is also open at this point, although you can register at any point in the season. When you register, you will be sent a sample of each game object to help you with your testing.

Regional competitions take place throughout the UK in the autumn and winter with the UK National Championships being held in March. The top UK teams will then go on to compete against the best in the world at the World Championships in April.

By taking part in the VEX Robotics Competition, students will learn to: 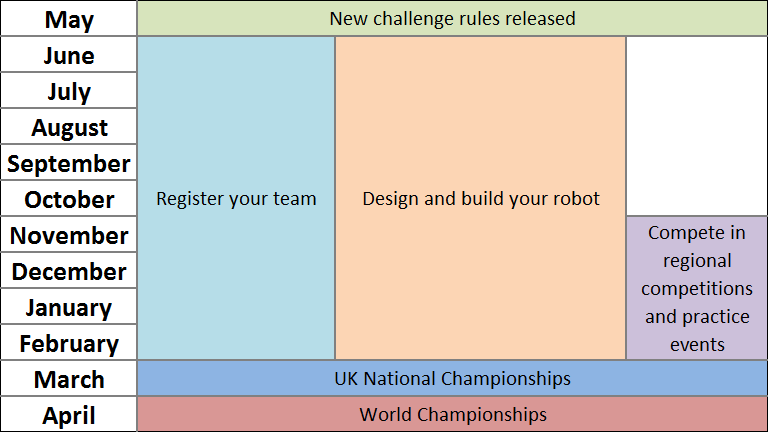 Find your nearest competition by visiting www.robotevents.com to check.

Don't forget, you can attend as many events as you like over the course of the season. The more you attend, the better you will get!

Before building your first ever competition robot, we suggest that you build the Clawbot that is included in all VEX IQ Starter Kits. This will allow you familiarise yourself with most of the major construction techniques used. It also gives you a nice platform to play around with some of the sensors and do a bit of programming before you head on to build your first competition robot. You might even find that for your first year, you use the Clawbot as the basis for your design.

When you first build the Clawbot, you will notice that it has a program built in by default called "Driver Control" that allows you to drive the robot around with the remote control. Now you can create your own program to change the controls and do some simple autonomous programs - this will prepare you for writing your first program for your competition robot.

Before writing your first program, make sure that the Firmware is up-to-date on the Brain, Joystick and all motors and sensors. To learn how to upgrade the firmware, follow the instructions included in your kit or click here for a guide.

For support with VEX IQ products, the VEX IQ Challenge or with programming your robots contact education@rapidonline.com. 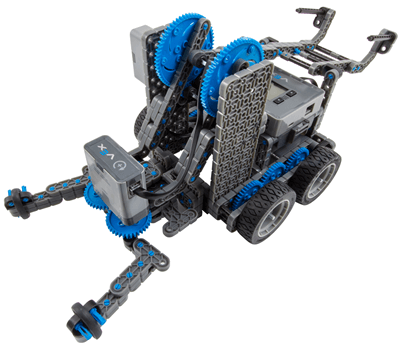