Articles, content and video about all that can be achieved with Loctite adhesives

How Loctite helped link up London 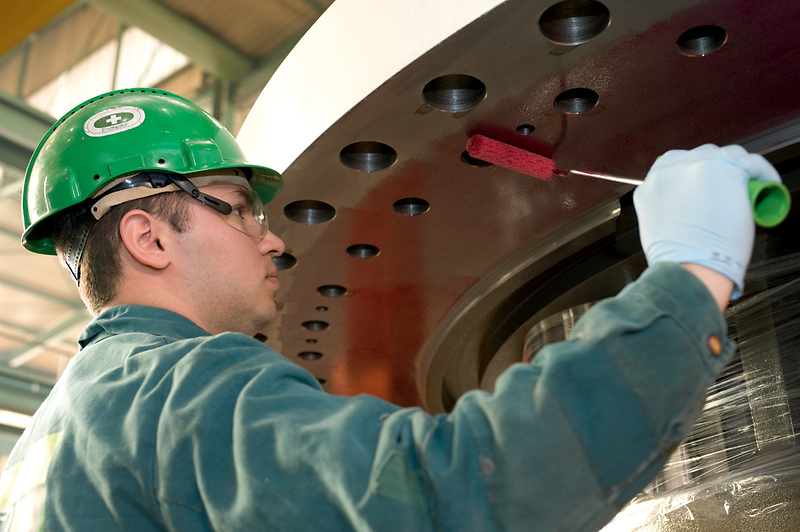 The tunnel boring machines (TBMs) made by the German company Herrenknecht are a wonder of modern engineering. Towering over their workers, these monumental drills are more like giant mobile factories that not only excavate but process the waste earth and lay the tunnelling. Herrenknecht’s TBMs have several landmark projects to their name already, including the 57km Gotthard Base Tunnel in Switzerland, which when it opened in 2016 became the world’s longest and deepest railway traffic tunnel.

No fewer than eight TBMs dug the 21 km (13 miles) of new tunnelling for the London Crossrail project, the 118 km railway line linking Berkshire to Essex. Each of the Crossrail TBMs are 148m long and weigh over 1,000 tonnes (heavier than a dozen 747 jumbo jets).

Did you know – Each of the Crossrail TBMs were given a name. They include Ada (after Ada Lovelace) & Jessica (after Jessica Ennis)

But what has this got to do with Loctite?

A variety of Loctite adhesive products were used in the assembly of each TBM. The anaerobic properties of adhesives make them particularly well suited to the vibrations and temperature fluctuation of deep level engineering. Loctite 243 threadlocking solution is used to lock bolts in the machine, which has to withstand enormous pressure as the cutting wheel eats its way through the subterranean soils. The 9m tall rotary cutting head’s power unit relies on a variable number of single engines. The upper flange ring, main bearing and the transmission case of the cutting head are all locked in place using the high strength sealant Loctite 586. This secures and upgrades by up to 2.5 times the torque capacity of the flanges on the main drive. Loctite 577 is used for thread sealing in the machine and Loctite 7070 as a cleaner.

When Loctite wanted to demonstrate the pulling power of its Universal Structural Bonders, such as the 4090 adhesive, it let the train take the strain. Numbers were crunched, a train was hired. Engineers from Loctite then applied just three grams of adhesive to the plate of a specially made connecting rig, let it cure for an hour, and used it to connect the train engine to the first carriage. Behind it was 208 tonnes of clanking, vibrating, bending steel. We’ll say that again. Three grams. 208 tonnes. 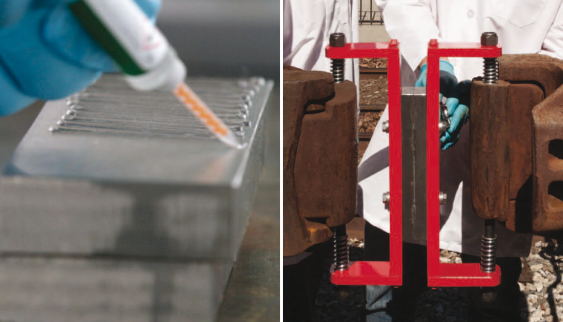 Loctite has helped one of the most successful teams to continue a proud record of achievement in student motorsport. The University of Hertfordshire’s Formula Student team used a range of Loctite products in its car. Formula Student is a competition in which students at universities from across the UK design and manufacture a racing car and have their engineering and business skills scrutinised in a series of tests at the home of British motor racing, Silverstone. 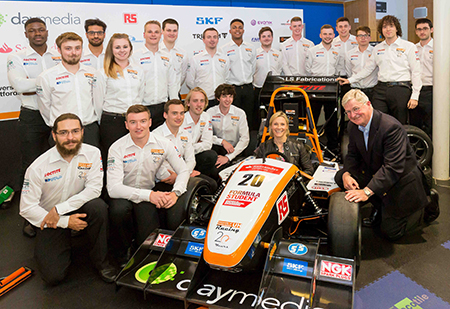 ‘UH Racing’ is one of the most successful teams in the history of Formula Student, having competed in all 20 years of the competition. The team used Loctite 9466 industrial grade epoxy adhesive in their car’s carbon fibre requirements, Loctite H3101 methacrylate adhesive in the close-out panels and Loctite 5990 in the engine casing and sump. The team also use extensive amounts of Loctite threadlocking adhesive, retaining compound and cleaning products.

UH Racing finished 16th out of 75 in the 2017 competition, winning four awards, including Class 1 Design and Endurance Event Fastest Lap.