An electric Formula for success 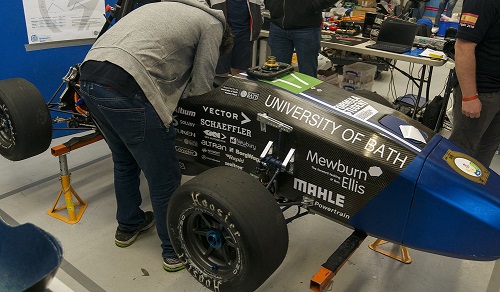 Every July Silverstone is not just the venue for the British Grand Prix.

It also plays host to Formula Student, the Institute of Mechanical Engineering’s student engineering competition, where engineering students from all over the world compete with formula style racing cars built from scratch.

Rapid is proud to be a sponsor of Team Bath Racing Electric (TBRe), the University of Bath’s electric vehicle Formula Student team. Since 2015 the team has focused on building a car with an electric drivetrain, winning the 'concept' Class 2 category with this project in 2017 and 2018.

Each team in Formula Student is subject to an extensive scrutineering and judging process, including tilt, brake and noise tests, as well as dynamic events on the track testing features such as acceleration, endurance and fuel economy. Project management and the team’s business plans are also assessed. Students rub shoulders with leading figures from the motorsport world, and the judges include leading engineers from Formula 1 teams.

We spoke to TBRe’s team leader Kieran Shopland about the university’s involvement in Formula Student and the support it receives from Rapid.

In July TBRe were at Silverstone alongside around 100 other teams taking part in Formula Student. We were there too and saw at first hand what is involved. How did it go?

“Silverstone was a mixed bag for us this year”, says Kieran. “Although we spent a bit too long in the pits, our entry was highly praised in terms of its design – finishing 6th overall in the design event out of 81 entered teams – and its manufacturing quality.”

“But I was very proud to see such a huge level of interest in the car, not just from supportive family and friends but also other teams that were either generally interested in what we were doing or inquisitive about how to make the transition to an electric vehicle.” 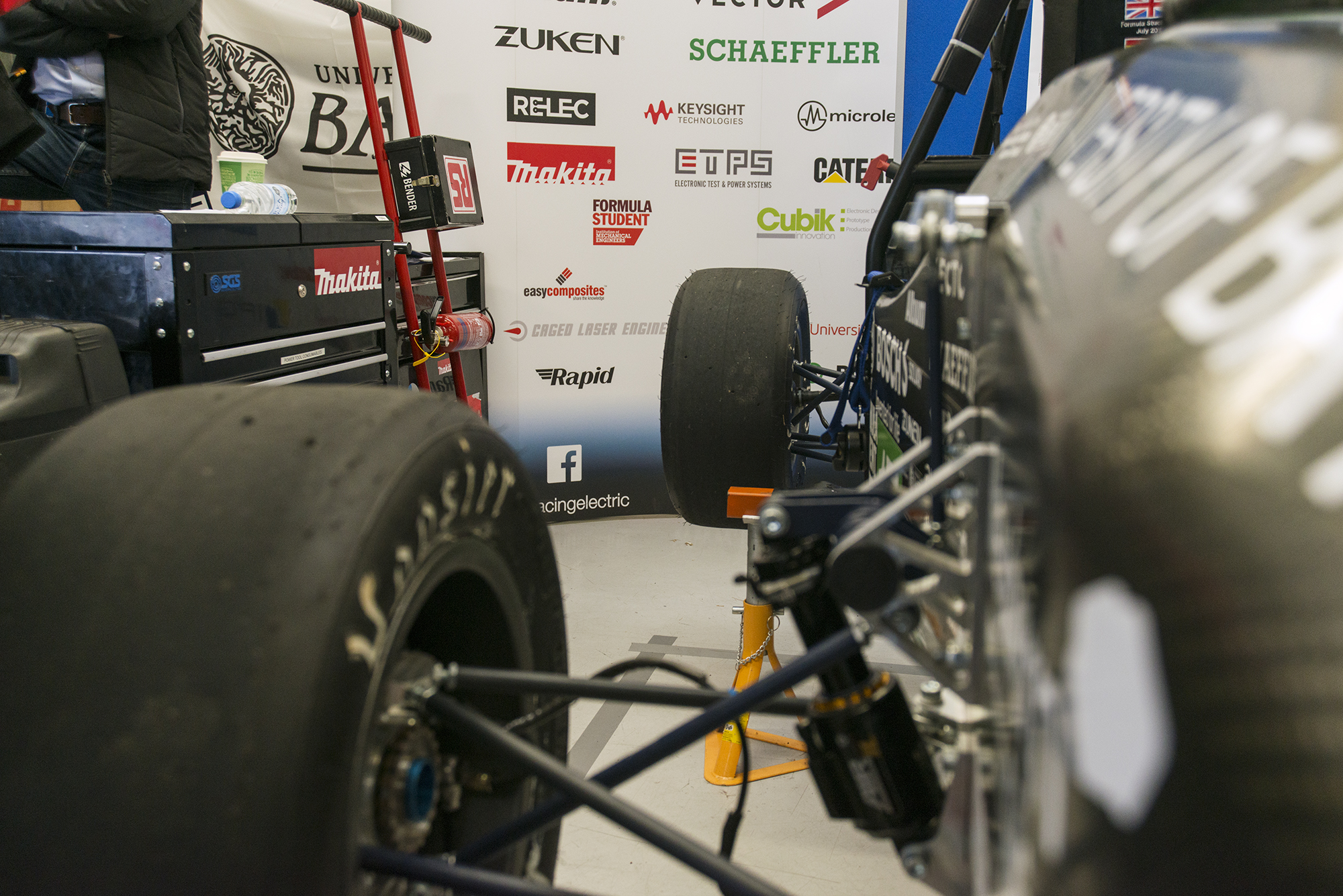 TBRe was also able to take its first ever attempt at an autonomous vehicle to the event and won design and business plan trophies. While the principal aim of the project is to take part in Formula Student, the team has also competed in its first international event in Spain this year. The whole experience provides engineering students with a superb opportunity to develop industry transferable skills. It is not only Electrical and Mechanical Engineering students that take part – Bath’s team also utilises the talents of Management and Computer Science students.

“The team itself comprises over 50 undergraduates from all year groups that work together to both design and build the car, and to raise the finance required through sponsorship and manage the stakeholders,” Kieran tells us. It is this combination of hard engineering and ‘soft business skills’ that has made Formula Student so popular and highly valued by employers. This year’s vehicle was only the fourth that the team have built, so it is still very inexperienced compared to many other teams. But Kieran feels that TBRe has developed so rapidly that it is able to challenge some of the more established teams.

Why did you choose to work with Rapid?

“As a team heavily reliant on sponsorship, TBRe is constantly looking for new partnerships to benefit from. Rapid presented a fantastic opportunity, combining access to the extensive Rapid catalogue with us being able to develop a close working relationship with some of Rapid’s suppliers. This has proved very useful in dealing with some of the more unique challenges we have faced during the year.”

From Rapid’s point of view, the company has become heavily involved in EV over the last couple of years, so it makes perfect sense to be associated with an educational team manufacturing an electric vehicle.

How have Rapid assisted you and your team over the past 12 months? 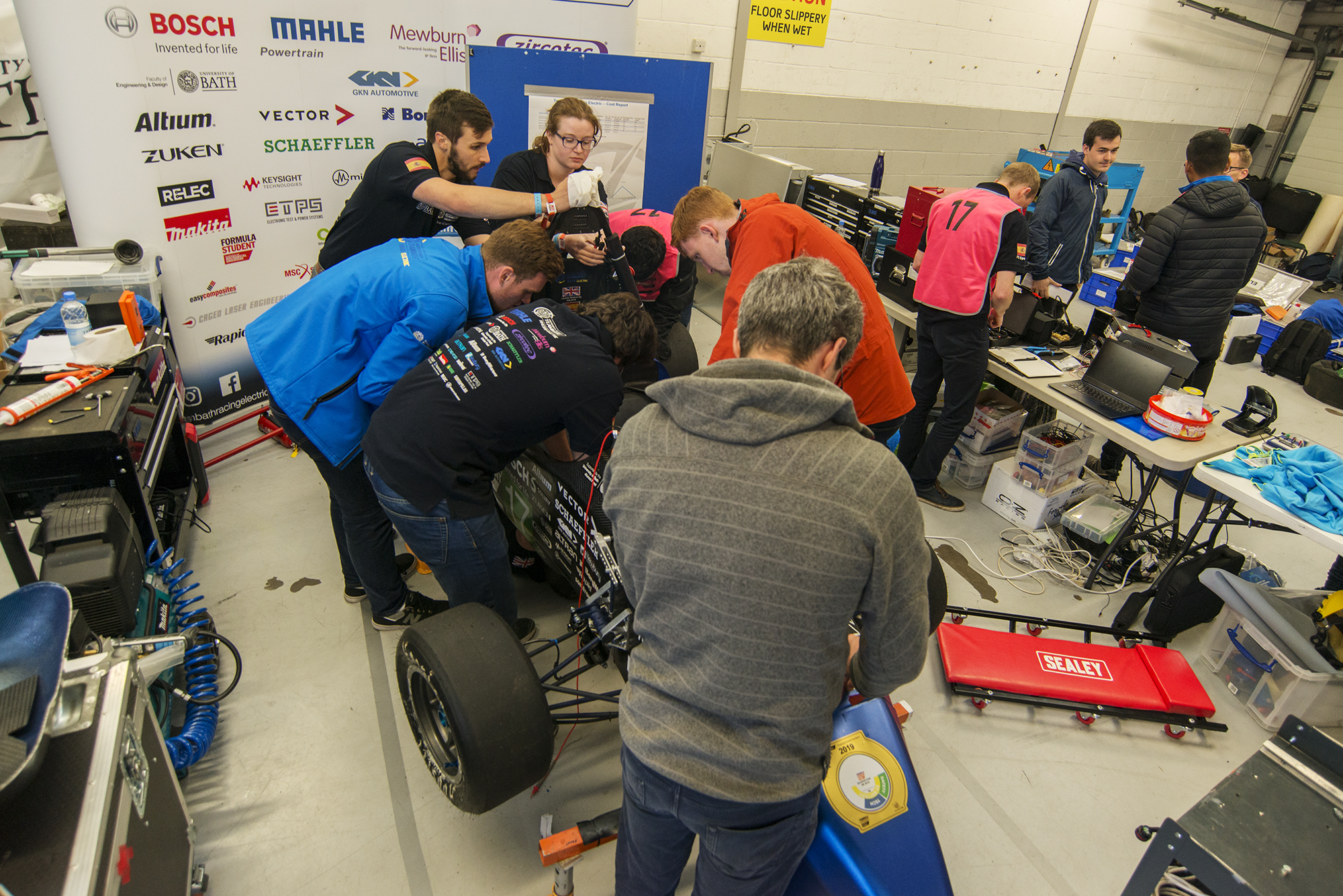 “Rapid have been instrumental in helping us achieve our goals this year”, says Kieran. “From initial collaboration in supplying a base set of tools, to procuring a new regulation inertia switch and allowing work to continue when the 2018 vehicle and most of the tools were in China. There are car parts that we have been able to source from Rapid, but we have also focused on pit area organisation, and used Rapid to procure new tool chests and a car creeper.

“We were able to get a next day turnaround on almost all items and for those that were on a longer lead-time, we could work to see if this was the best possible solution for us or if alternatives could be explored.”

What does the future hold?

“This is very much down to the motivation of the students involved with the project! It has definitely been interesting to note the shift in the automotive industry towards electric powertrains. Going forward, the team wants to continue this development and is also actively looking into developing an autonomous equivalent vehicle.”